In Memory of John Stiles 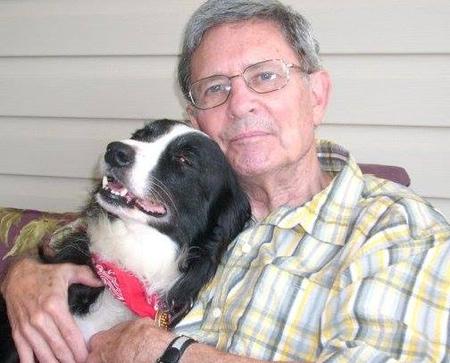 ETBCR has just lost a great friend and supporter, John Stiles, after a long and arduous struggle with Parkinson’s disease. He is now at peace and reunited with his beloved border collies, Maggie and Abby.  John and his wife Cat Carter were involved with ETBCR almost since its initial inception in the mid-1990s. At the time, they were living near Knoxville, at a lovely home on the river, which became a popular venue for our group meetings and fun days for the dogs!  They served our group in many capacities – fostering dozens of dogs over the years, serving on the Board of Directors, helping with Fundraising and opening their home to us for many events. They became “failed foster parents” on many occasions, as several of the dogs in their care became permanent family members.  Even after John’s health deteriorated, his love of his dogs shone through and he still was a willing and eager participant in the fun competitions we always included in our reunions and get-togethers. His dog Abby was an excellent frisbee dog, a sport that they both enjoyed enormously, and as his health became worse, she became his service dog and accompanied him wherever he went, going with him when he moved into an assisted living facility . Sadly, cancer eventually took her life, but Cat continued to take their remaining dogs to visit him, which gave him enormous pleasure and made his day special.  A great friend, a good, kind man and a devoted dog lover who really understood border collies and brought out the best in all the dogs he owned or fostered – he will be sorely missed.